What promises of recovery have come true in your life?

That was the question asked in our men's open share group at Pratt Celebrate Recovery this past Monday night. In the middle of answering that question by talking about the promise of forgiveness from God as we forgive others (Matt. 6:14-15) and the freedom I found when I forgave the man who abused me, this thought popped into my head:

If we can't forgive others - or won't - we are damaging our relationship with our Father in Heaven. We cannot enjoy intimacy with him until we forgive our brother or sister from our heart.

Something for all of us to consider!
Posted by Unknown at 10:05 AM No comments:

This work is beneath me... 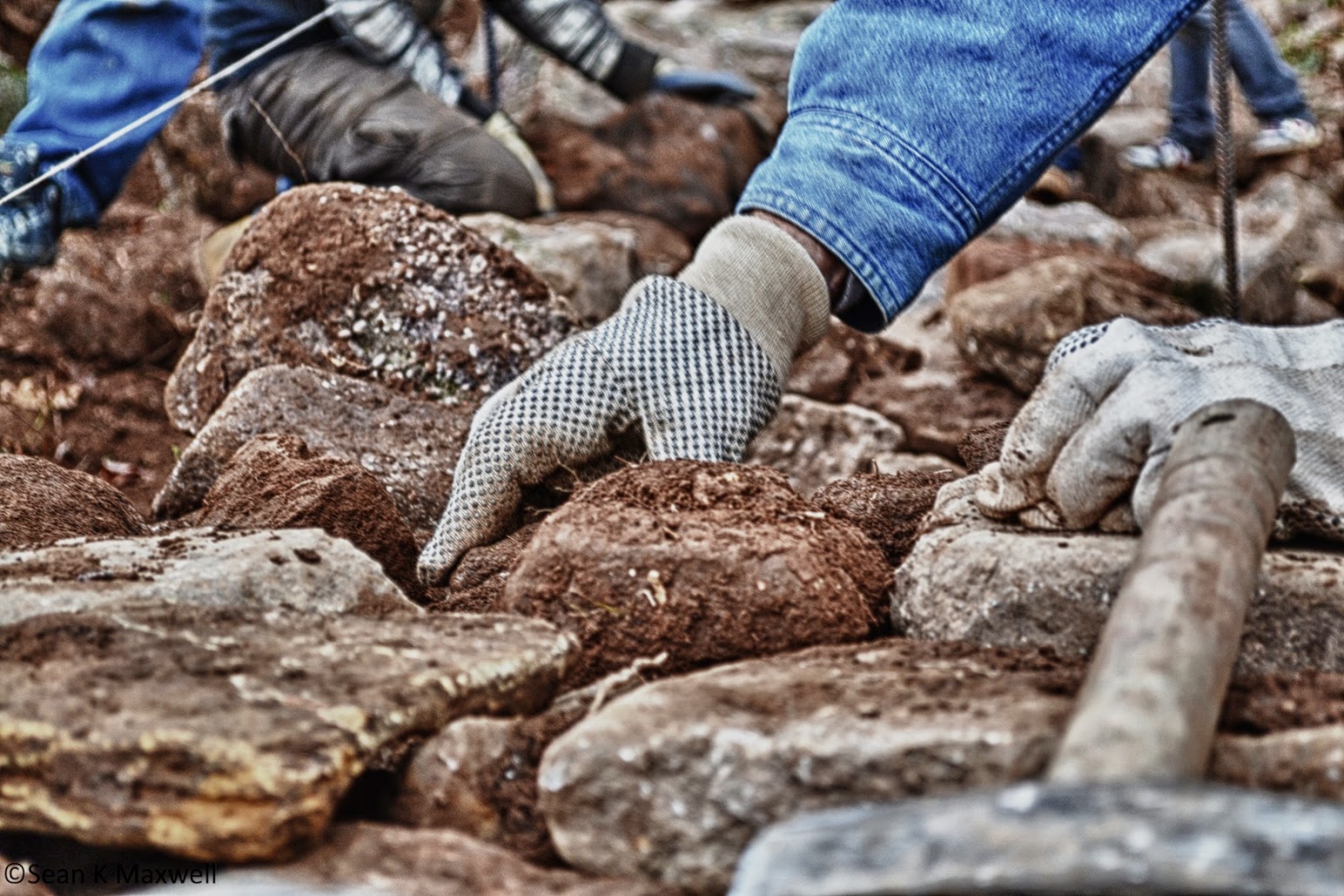 I was reading Nehemiah 3 recently. It's a rather tedious chapter. The entire thing is a list of those who helped rebuild the walls of Jerusalem after the Babylonian exile. Most of the names (okay, all of them) are people I've never taken note of.

I was reading along as best I could when I stumbled at verse 5.

"The next section was repaired by the men of Tekoa, but their nobles would not put their shoulders to the work under their supervisors." (NIV)

Ugh! There's nothing worse than an uppity person who won't join in the work. Worse yet, a proud peacock who stands around and tells others what to do.

When I read these words, I was reminded of a conversation I'd had with a friend recently. He received a promotion to a supervisory role at work last month. Before he took over the role, he took time to talk to each of the men who would answer to him. He said the same thing to each of them: "I'm here to serve you. Let me know how I can help." That's what godly leadership looks like!

Jesus said, "You know that the rulers of the Gentiles lord it over them, and their high officials exercise authority over them. Not so with you. Instead, whoever wants to become great among you must be your servant, and whoever wants to be first must be your slave—just as the Son of Man did not come to be served, but to serve, and to give his life as a ransom for many." (Matthew 20:25-28)

Not so with you! That means no one who claims to follow Jesus can Lord it over people. As a boss, they can give direction, but they should be ready to serve. They ought to put their shoulder to the work and join in what God is doing.

By the way, if you go on to verse 27 in Nehemiah 3, you'll see an amazing thing.

"Next to them, the men of Tekoa repaired another section, from the great projecting tower to the wall of Ophel." (NIV)

While the nobles were sitting around doing nothing, these men of God were hard at work. I want to be like them! Hope you do too!

Posted by Unknown at 8:49 AM No comments: 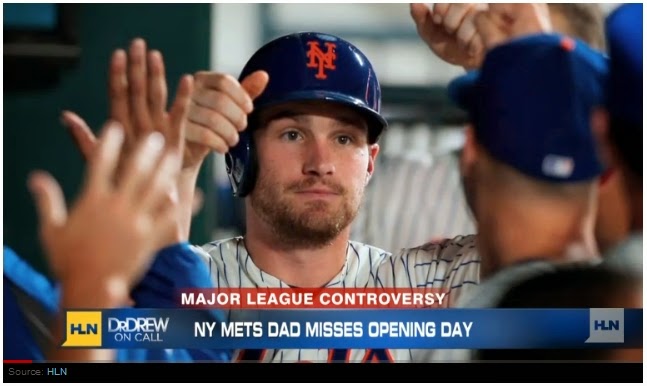 How far does sports worship go? Pretty far, evidently. People are criticizing a baseball player for taking two games off to be with his wife while she gives birth. Ridiculous! Even more ridiculous...Boomer Esiason complained that he should have insisted that his wife have a c-section before the start of the season so it wouldn't interfere with work. Grrrrrr! Folks, it's a game! Yes, he gets paid to play, but it's still a game!
Posted by Unknown at 8:59 AM No comments:

I was listening to a friend talk about the parenting struggles he faces on a daily basis. He talked about how hard he works to raise his kids. Then he said something that blew me away. I won't get it exactly right, but it was something like this:


I was telling God how tired I was of constantly having to remind my kids of the rules and God said to me, "You don't get to be tired of parenting. You're their dad. You have to parent them or no one will." 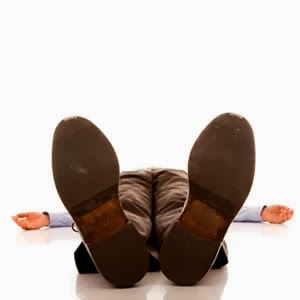 I was so glad for that reminder. Parenting can be wearisome for every parent at times. We can, in our hearts, get sick and tired of the rebellion, the attitudes, the defiance. But we don't have any option other than to keep parenting. If I don't parent my kids, no one else will.

Later, after my friend was gone, I too heard God's gentle voice. He spoke to my heart:


"If you're tired of parenting, you're doing it in your own strength instead of in mine."

Another important reminder. Following God's way is not easy when we try it in our own strength. It is only easy if God is doing things his way through us. I need his power. Every parent does. Otherwise we'll often become sick and tired of the task set before us.

Dads, moms, pray for help in raising your kids. You need it. Your kids need you to ask for it so you aren't overbearing or mean-spirited or just plain cranky.


"Fathers, do not exasperate your children; instead, bring them up in the training and instruction of the Lord." (Ephesians 6:4)

Posted by Unknown at 8:32 AM No comments:

Email ThisBlogThis!Share to TwitterShare to FacebookShare to Pinterest
Labels: Life Happens, Think About It 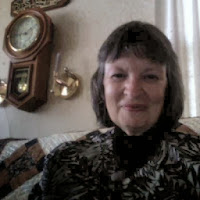 One year ago today, I walked by Mrs. Novotny's room and, on a whim, stopped in to ask her how much she would charge for guitar lessons.

Her reply blew me away. She simply and quietly said, "Nothing." She told me later that she knew it would help me in my ministry, so she was glad to help out.

That afternoon around 3:45, Mrs. Novotny sat down with me and taught me how to play an E minor chord and a few notes. She sent me home with a guitar and a beginners book.

I am so thankful for Mrs. Novotny's lesson today. Playing the guitar and singing regularly help me express my heart to God and give me an outlet for the weird thoughts in my head too. I've written more than twenty new songs since I learned the E minor chord on December 5, 2012.

From the bottom of my heart...thanks, Mrs. Novotny!
Posted by Unknown at 8:37 AM No comments:

I read the story of Rehoboam's ascent to the throne of Israel from 2 Kings 12 this morning. It struck me as completely insane that this young king rejected the advice of the older advisers, men who had time and time again heard the judgments and wisdom of his father, Solomon, the wisest man ever to have lived. Did he not thin that maybe these guys might know a little bit about life and wise actions? He didn't act on it if he thought it.

So let me ask you a question or two to challenge your thinking: Who are the wise men and women near you? Are you listening to them or to the "young men" you grew up with who are self-centered and unwise?

Who you listen to matters. Find godly advisers who will point you in the right direction. Reject every bit of guidance that exalts you or sounds even a little bit self-serving.
Posted by Unknown at 1:08 PM No comments:

Email ThisBlogThis!Share to TwitterShare to FacebookShare to Pinterest
Labels: Think About It
Older Posts Home
Subscribe to: Posts (Atom)